Prior to the establishment of the diocese, the Hunter Region was under the administration of the Sydney Archdiocese.  The Church defines a diocese as 'a portion of the people of God, which is entrusted to a bishop' or, as 'a community of Christ's faithful in communion of faith and sacraments with their bishop.' The three most notable priests assigned to the Hunter Region, Therry, Dowling & Lynch strived to build churches, schools and establish Catholic parishes. Six Catholic parishes established were East Maitland 1835 (the first Catholic church built north of Sydney was the first St Joseph’s Church in 1835), Newcastle 1838, West Maitland 1841, Singleton 1845, Taree 1846, Raymond Terrace 1852. 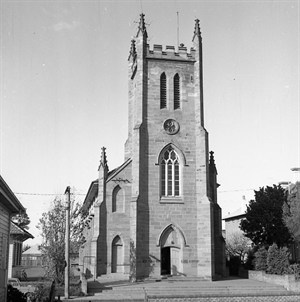 (Left image) St. John the Baptist Chapel, Maitland. Photo courtesy of the University of Newcastle, Cultural Collections.
During 1840 and 1845 Archbishop Bede Polding visited the whole Hunter Valley and laid foundation stones for churches at Wollombi and St John’s at Campbell’s Hill. The foundation stone was moved to West Maitland where St John the Baptist Church opened in 1846.

From 1866 the diocese extended to include Port Macquarie, Tamworth, Gunnedah, Walgett and Coonamble. In 1887 the Diocese of Maitland reduced in size by exclusion of Coonamble, Gunnedah and Tamworth districts.

In 1933, after servicing the diocese for 87 years, the old cathedral building became inadequate for the needs of the parish and the diocese. In July 1933, Bishop Edmund Gleeson CSsR, officially announced that the Catholic Hall in Maitland would be converted to a Pro-Cathedral suitable as a place of worship. On November 26, 1933 the Catholic Hall was opened as the Pro-Cathedral and St John's officially closed.

In 1966 boundaries were again altered to exclude Kendle parish to Lismore but include the parishes of Belmont, Swansea, Toronto, Booragul, Teralba, which is the present boundaries of the diocese. 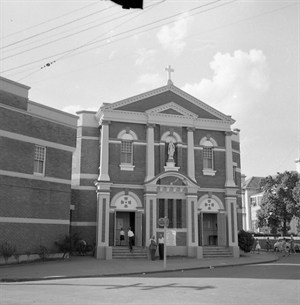 In 1989 the Pro-Cathedral suffered damage as a result of an earthquake and was closed. Discussions were then held and it was decided to convert the Pro-Cathedral to its former use as a hall and to re-open St John's as a Chapel for the Central Maitland area. On June 24, 1994 Bishop Leo Clarke conducted the ceremony of the Dedication of a Church and thus St John's became a Chapel for the area. The 1989 earthquake was also a catalyst to consolidate the diocesan administration offices on one site. This was achieved in 1995 by purchasing the Sisters of Mercy Convent at Hamilton and the former Sacred Heart Parish Primary School, Hamilton.

On Sunday 6th November 2016 over 300 of the diocesan community gathered to dedicate the historic St John’s Chapel as a Diocesan Shrine.  This was a fitting culmination to the diocesan year of celebration recognising the 150th anniversary of Bishop Murray claiming St John’s as his cathedral in 1866.

Were you looking for... 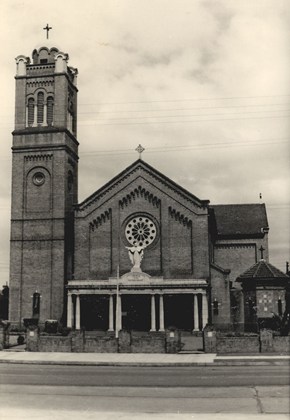